​​​​​​​​​​MARILYN REYNOLDS, violinist, is a graduate of the Oberlin Conservatory of Music and the Royal Conservatory of Music of Brussels, Belgium, where she attained First Prize with Distinction as the student of Andre Gertler. She also studied violin with Margaret Pardee, David Cerone, Richard Young, and Shmuel Ashkenasi. Ms. Reynolds attended the Meadowmount School of Music and has participated in the Tanglewood, Blossom, and Caramoor Music Festivals, as well as the Cleveland, Binghamton, and other chamber music workshops. She was first violinist in the Astor String Quartet, which toured the Eastern US and France, and for seven years was the violinist with the All Seasons Chamber Players, playing hundreds of concerts in the northern NJ and NY area.

Ms. Reynolds was a longtime member of the Orchestra of St. Luke’s based in New York City, with whom she performed, recorded, and toured internationally, under conductors such as Leonard Bernstein, Charles Mackerras, Michael Tilson-Thomas, and Pablo Heras-Cassado. Highlights of her years with St. Luke's include touring the US with the Vienna Boys Choir, performing Paul McCartney's "Standing Stone" in Carnegie Hall with Sir Paul in attendance, and making several recordings with soprano Renee Fleming. She has also performed in dozens of Broadway musicals, from "Into the Woods" to "Les Miserables" to Irving Berlin's "White Christmas," both as concertmaster and assistant conductor.

After living for many years in the New York City area, she now teaches violin, viola, and directs the string orchestra at the State University of New York at Plattsburgh, as well as at the Strand Center for the Arts, and at her home in Rouses Point, NY. She regularly performs chamber music with groups throughout New York State's North Country and beyond.

DANIEL GORDON is a Professor of Music at Plattsburgh State, where he teaches studio saxophone, directs the Symphonic Band, and teaches various classroom courses. As a performer, he appears regularly both regionally and abroad. Regionally, he performs with Metamusic as well as with the Frontier Saxophone Quartet, which he founded with performers from the Plattsburgh region and Montreal. Abroad, Gordon has taught and performed in residency at the Suomen Työväen Musiikkiliitto International Summer Music Festival in Teisko, Finland since 2005 and was a part of the saxophone teaching corps at the Domaine Forget International Music Festival in northern Quebec for summer residencies from 1997-99.

Equally active as a conductor, Gordon directs the Symphonic Band at SUNY Plattsburgh, has served as director of the McGill University Wind Symphony and the Adirondack Youth Orchestra, and is founder, President, and Director of the Adirondack Wind Ensemble (AWE), a professional group consisting primarily of music educators from around the North Country. AWE performs annual winter concerts in E. Giltz Auditorium and at the Lake Placid Center for the Arts under his directorship.

Gordon’s other performing credits include appearances at Alice Tully Hall and Bruno Walter Auditorium at New York’s Lincoln Center for the Performing Arts; the American Embassy in Paris; the Circle of Fine Arts in Madrid; Kuhmo Chamber Music Hall, Tampere-Talo, and Mikkeli’s Martti Talvela Hall in Finland, Pollack and Redpath Halls in Montreal, and several smaller venues in Canada, Finland, France, Italy, Spain, and the U.S.

Writing occupies an important part of Gordon’s activity. His articles on various aspects of conducting and the saxophone, as well as on non-musical topics as diverse as food, travel, and puzzles, have been published in over a dozen periodicals. He has also authored a full-length book entitled Sax on the Streets: Confessions of an American Street Musician in Europe, which chronicles his (mis)adventures performing saxophone duets with a friend across thirteen European countries in the late 1980s. Published by SynergEbooks, it is available online at http://synergebooks.com/ebook_saxonthestreets.html or on CD-ROM from the author. 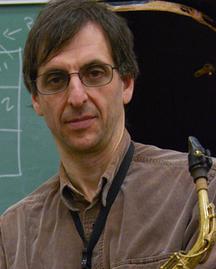 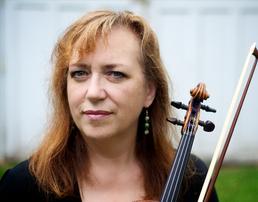 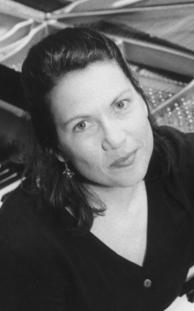